An inner corridor turned into a musical chime (Louis Templado)

Lab coats and mounted insects in the stairwell (Louis Templado)

Inside one of the art rooms at the hostel (Louis Templado)

For about the price of admission to all the exhibits at the current Yokohama Triennale 2011 international exhibition of contemporary art, you could also spend the night in it.

Although not part of the Triennale per se, at least one local hostel has jumped into the scene, inviting artists to remake rooms in live-in installations.

"The people around here are getting old, and we have to try something new," says Kose Iwamoto, who runs Hostel Zen, located in the Kotobukicho neighborhood of central Yokohama.

The hostel unveiled its art at the beginning of August, timed with the opening of the Yokohoma Triennale, which is held every three years at locales around the city and continues until Nov. 6.

The city is making a name for itself with contemporary art -- as a tool for urban redevelopment. Its Koganei district, once a warren of prostitutes in window displays, for example, has been refashioned into cafes and galleries over the past decade.

Among the artists whose works are at Hostel Zen are Yusuke Asai, Tei Erikusa, Asae Soya and Junji Shiotsu. Interesting as their creations are on their own (as is the idea of staring up at them as you lie in your futon), there's no ignoring their quirky contrast with the Kotobukicho neighborhood.

Set between Yokohama's magnetic Chinatown and Yokohama Stadium, Kotobukicho is Japan's version of the Bowery, a village-like amalgamation of so-called "doya" flophouses (which here are actually apartment buildings), bars, betting parlors and, in the middle of it all, a kindergarten. Children's laughter and the moans and groans of aging day laborers fill the streets.

"Every building you can see here is basically a flophouse," says Iwamoto, whose family has been local landlords for three generations. There are close to 200 such buildings in the neighborhood, all with rooms three-and-a-half tatami mats in size, occupied by former day laborers who are now receiving public assistance from the city.

Hostel Zen is actually the top two floors of one of the apartment blocks. It opened three years ago as one of a handful of hostels catering to foreign tourists on a tight budget (rooms are 3,000 yen, or $39). Just around the corner is another hostel, Porto, similarly featuring art.

"Backpackers from nearby countries got to be a normal sight around here," says Iwamoto. "But after the big earthquake they've completely stopped coming."

Instead the hostel is drawing Japanese families who want to take their time in Chinatown, sports fans from far away and music groupies. The neighborhood fills with Japanese Rasta heads whenever there's a reggae festival at the stadium.

The installations at Hostel Zen, no surprise, also draw artists. Among them is conceptual photographer Yousuke Takeda, some of whose works are hanging in the place. Although he lives in Tokyo, Takeda is a frequent guest at the hostel, often leading fellow artists there.

"It looks rough at first, there's a warmth and openness here that I can't find anymore in Tokyo," says the photographer. Likewise the rooms at the lodge may be cramped, but they offer their own brand of contact.

"Going to a gallery or museum is one way to see art," he adds, "but you get a different sense of appreciation when you spend the night with it." 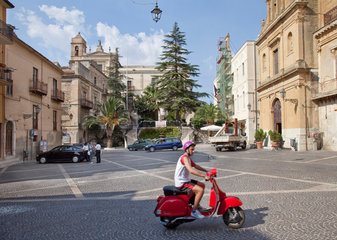 Austerity in Italy? Check the Traffic

A jobs-for-votes system may hinder the country’s efforts to cut its deficit. Above, Comitini, Italy, has 960 residents and nine traffic officers.

For Data Center, Google Goes for Cold
Google's opening of a $273 million server hall in Finland is boosting hopes that other big Internet companies will build data centers in the region, attracted by its cold climate and low electricity prices.
張貼者： hanching chung 於 下午6:25 沒有留言: By SHARON OTTERMAN and ALLISON KOPICKI 16 minutes ago

City residents remain broadly dissatisfied with the quality of the public schools, according to a New York Times/CBS News poll. 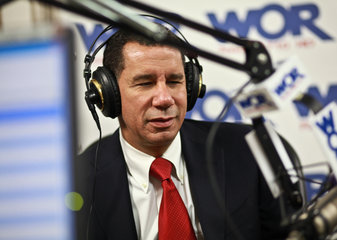 By DANNY HAKIM 13 minutes ago

Former Gov. David A. Paterson’s first radio guest was his former running mate and boss, Eliot Spitzer. “I finally got a job that you didn’t have to give me,” he said.

Yes, We Need Jobs. But What Kind? 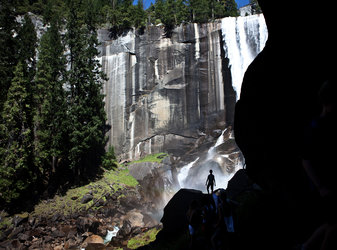 At Yosemite, Perils of the Great Outdoors

By JESSE McKINLEY and IAN LOVETT

Since the beginning of the year, 18 people have died at Yosemite National Park, an unfortunate increase from recent years and a cause for alarm for the park’s rangers.

Thatching plans for an ecological future

Thatchers take a well-earned rest after toiling at a 3-day workshop in Kobe's Kita Ward. (Provided by Kayabuki-ya)

Thatchers get down to business in Kyoto. (Provided by Kayabuki-ya)

Such is the march of progress. Concrete, metal, wood, carbon slats and clay roof tiles define the way homes are built today.

But over the centuries, one technique has endured: the thatched roof. Not only is it one of the oldest building techniques known, it offers the added advantages of durability and protection from the elements -- although one cannot downplay the risks of fire hazard.

The work of creating a thatched roof from scratch also fosters community spirit, still alive and well in rural Japan but less so in the nation's cities.

Although many regard thatching as a dying art, a new generation of craftsmen in Japan is trying to keep it alive. One of those is Minoru Shiozawa, a representative of Kayabuki-ya, a company that runs thatching workshops.

"I don't think it will ever disappear," says Shiozawa. "As well as being a symbol of tradition and living in harmony with nature, it fulfills the requirements of modern architecture: It's sustainable, requires no gas or electricity and produces zero carbon emissions."

This summer, efforts to conserve energy in Japan have sharpened people's appreciation for traditional ecological practices. Although for some that merely means turning the air-conditioner up a notch or two, a more extreme step would be to live in a thatched house--assuming one could afford one -- since they are naturally cool in the summer and warm in the winter.

This was well-known in the Edo Period (1603-1868), when thatched houses were the norm. Back then, thatching was a social activity that sustained "yui," or community bonds.

Villagers got together to harvest grasses and reeds grown on communal land, before identifying the neighbor's house that most needed renovating, and working on the roof together. As neighbors knotted straw, they also metaphorically knotted together in a social sense, bound by relationships of obligation and goodwill.

As ecologist Azby Brown wrote in his book, "Just Enough," thatching was a "microcosm of village society and its values," since it involved free materials, cooperative labor, extensive re-use and zero waste.

It also preserved the environment.

"Human intervention, in the form of harvesting the reeds and grasses, is actually a form of conservation. It keeps the fields and paddies healthy, and used thatch can be used as compost, feeding the natural cycle," explains Shiozawa.

One of the reeds used, "phragmites australis," or "yoshi" in Japanese, also cleans streams and paddy water by absorbing phosphorus and nitrogen, preventing mold.

Thatching went into sharp decline after the Meiji Era (1868-1912) triggered a wave of modernization. The number of experienced craftsmen declined dramatically.

However, after the village of Shirakawa-go in Gifu Prefecture, which is full of unique "gassho"-style thatched houses, gained U.N. World Heritage status in 1995, thatchers experienced a swell in demand, and a new generation of craftsmen was born.

"Even though there's no longer an expert thatcher in every village, there's a growing number of specialists in the construction industry," says Shiozawa. "Many traditional restaurants, and hotels like to have thatched roofs because it evokes a kind of nostalgia for the past."

Although the process is both time- and labor- intensive, Shiozawa estimates that it would take seven full-time staff and five part-timers two months to complete a short course in thatching a 300-meter-square roof. The course, which typically lasts three days, teaches the basics of the craft.

"A thatched house is a piece of cultural heritage that you are in charge of preserving for the next person to use," says Shiozawa. "If we don't teach the next generation how to live sustainably, we will inevitably reach a state where we have exhausted all our resources. That's why we're trying to educate the next generation with our workshops."

To learn more about Kayabuki-ya and to book courses, please visit (http://kayabuki-ya.net)

Beijing: the most liveable city in China, for whom?

為誰辛苦為誰忙: Beijing: the most liveable city in China, for whom?


It would be funny if it wasn't so sad. The Economist Intelligence Unit's latest ranking has named Beijing the most liveable city in China.

Yes, that's right – the Chinese capital which, when the news came out on Wednesday, was suffocating under a dark grey blanket of smog that hadn't lifted for days and which has been covering it most of this summer.

Of course it always depends on what you measure. Even Beijing's notorious air quality can be classified as “fine” by the municipal government on a day when the skies are a sickly white and you have difficulty breathing. On such a day, the US Embassy often has much higher readings (including the notorious 'Crazy Bad' reading) because its equipment measures much finer particles.

According to the EIU, the cities are ranked by factors including stability, the environment, healthcare, culture, infrastructure and education. It is certainly true that Beijing has better healthcare and education than most other Chinese cities, and a richer cultural offering.

But this is the city where millions of drivers suffer in perennial traffic jams everyday. ​​Where the cost of housing has soared to levels that the millions of workers that keep Beijing running can only afford a bed in a basement or a room in a village two hours from their workplace.

Perhaps more than any other city in China, the capital is also a place where only a minority of residents enjoy full economic and social rights. To prevent the traffic from breaking down completely, the government heavily restricted the right to buy cars last year. To rein in galloping property prices, authorities also heavily restricted the right to buy houses earlier this year. To limit migration, the government is forcing thousands of children into separation from their parents – during the summer holidays, it razed 30 schools for migrant worker children, who had no option but to return to their native villages.

The compilers of the index must have noticed the description by Ai Weiwei, China's most prominent artist, of Beijing as a “constant nightmare” just days ago. In a piece for Newsweek, Mr Ai, an outspoken critic of the government who disappeared into months of detention earlier this year, described the capital as a violent city without any trust, a place run by armies of migrant workers, whom he calls Beijing's slaves, for a class of newly-rich.

When that critique appeared, the ranking was probably long finished. Native Beijingers, however, are making the best of the situation. Most of them have a healthy dose of national and local pride.

But as the news of the EIU ranking makes the rounds, their equally healthy dose of raw humour is gaining the upper hand. The capital's new title is met with sarcasm in the blogosphere and in the streets. “Most livable city for millionaires,” said Jin Hong, a taxi driver.