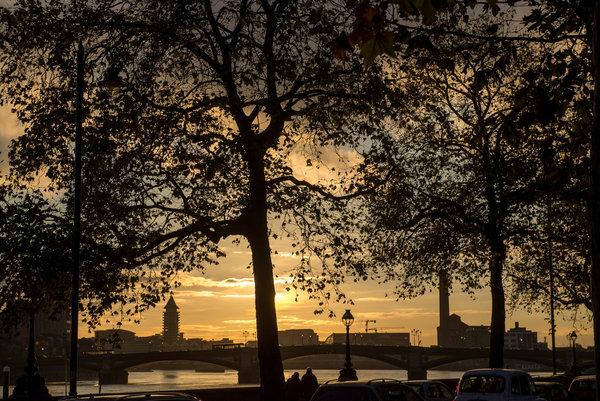 Andrew Testa for The New York Times
A view of the Thames from Chelsea Embankment.

I’ve lived in some historic places over the years — Paris, Greenwich Village, Washington — but it wasn’t until I spent a winter in Chelsea a year ago that I felt as if I were inside a diorama. The ur-Chelsea, I mean: London, not the quarter of Manhattan that provided Joni Mitchell with inspiration for a song and, in the process, Bill and Hillary Clinton with a name for their newborn daughter. For historical voyeurism, London’s Chelsea is hard to beat, especially if you incline to artist-writer types, or as my late friend Christopher Hitchens would put it, “people of that kidney.” 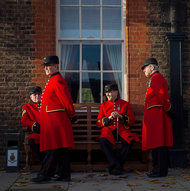 “Chelsea pensioners” at the Royal Hospital.
Enlarge This Image 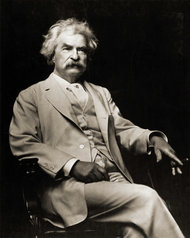 Mark Twain is among the luminaries who have called Chelsea home.
Enlarge This Image 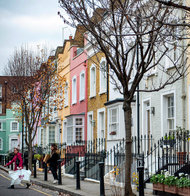 A residential street off the King's Road.
Enlarge This Image


Christopher Buckley’s book of essays, “But Enough About You,” will be published in May.

AMSTERDAM: A History of the World’s Most Liberal City

The City at the Center of the World 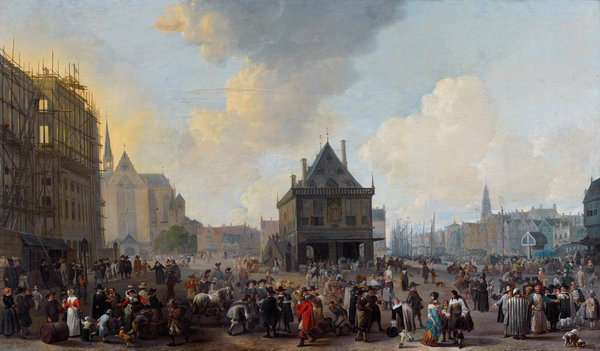 Amsterdam Museum
Amsterdam’s Dam Square in 1656, with the new city hall under construction at left.

The Dutch in the 17th century, Russell Shorto informs us at a characteristic moment in “Amsterdam: A History of the World’s Most Liberal City,” were on their way to becoming “the greatest shipping nation the world had ever seen.” Amsterdam’s canal ring was “the greatest urban feat of the age.” In fact, Shorto says, Amsterdam more or less gave us the American Revolution, the French Revolution, the Enlightenment and the stock exchange (though Antwerp’s stock exchange building is 80 years older). The United East India Company, put together in Amsterdam, was “unique in world history,” Shorto writes. It “remade the world.” It “pioneered globalization and invented what might be the first modern bureaucracy.” It inaugurated “the beginning of consumerism, which, for better or worse, is surely a component of liberalism.”

A History of the World’s Most Liberal City


Pico Iyer is a distinguished presidential fellow at Chapman University and the author, most recently, of “The Man Within My Head.”

Tree that inspired Jack London won't come down as scheduled

BC-CA--Jack London Tree,124
Eds: APNewsNow. Will be updated.
GLEN ELLEN, Calif. (AP) -- A tree in Sonoma County that provided shade and inspiration to writer and adventurer Jack London is getting a reprieve from its scheduled removal.
Researchers at the University of California, Berkeley said this month that the oak tree, though suffering from a fungal disease, is healthy enough to continue standing for another two to 10 years. The Press Democrat of Santa Rosa reports (http://bit.ly/18MT40O) that it was scheduled to come down in November because of concerns that one of its branches could fall and damage London's nearby cottage or injure someone.
The 50-foot tall, 350- to 400-year-old tree sits on a ranch site in Glen Ellen that served as London's home from 1905 until his death in 1916. It is now a state park. GLEN ELLEN, Calif. -- A centuries-old oak tree that provided shade and inspiration to writer and adventurer Jack London when he lived in Sonoma County will be allowed to stand for a little longer after lab tests showed it is healthier than California park officials originally thought.

The decaying oak was scheduled to be taken down as a safety precaution last month because it is infected with a fungal disease. Officials at Jack London State Historic Park in Glen Ellen worried that a branch could fall off and injure a visitor or damage the cottage where London lived and wrote from 1905 until his death in 1916.

The end was so close that park rangers hosted several events this year to honor the tree, including a Native American blessing ceremony, a dramatic storytelling and having children harvest its acorns for replanting elsewhere.

Story: Debate begins over Jack London's 400-year-old tree
link: Follow @abc7newsbayarea on Twitter
But park boosters sought a reprieve, turning to a University of California, Berkeley expert in forest pathology who concluded that "Jack's Oak" had another two to 10 years before it would have to be removed as long as it was regularly monitored. Three arborists had determined earlier that the tree was beyond saving.

"We couldn't be more thrilled," said Jack London Park Partners executive director Tjiska Van Wyk, whose group manages the 39-acre park that includes the cottage and the ruins of a house that was destroyed by fire in 1913. "In the season of joy, we consider this a great gift."

To protect the public and the cottage, the park has instituted new parking restrictions near the tree and plans to inspect and prune it regularly.
"We're not out of the woods. We're in a gray area where the risk needs to be assessed," said Matteo Garbelotto, the Berkeley adjunct associate professor who conducted the most recent tests.

The 50-foot tall, 350- to 400-year-old tree sits on the former Beauty Ranch, the property "The Call of the Wild" author bought in 1905 to be close to nature. London could see the oak from the window by his desk in the cottage and drew inspiration from it that surfaced in his later work, California State Parks senior archaeologist E. Breck Parkman said.
"I think everyone is going to be pleased that this tree has a little more time," Parkman said.

For Gazprom’s tower, does size matter? ­­­

The construction of Gazprom’s 403-metre Okhta tower in St. Petersburg has been dividing the city since 2006, and now even Russia’s ruling partnership is lining up in opposing corners.
President Dmitry Medvedev has weighed in on the side of UNESCO (the United Nations Educational, Scientific and Cultural Organisation), calling for a halt to construction since it could harm the city centre’s place on UNESCO’s World Heritage list.
But in the modernist’s corner the architect argued that the glass skyscraper was a symbol of St. Petersburg’s future as the economic capital to rival Moscow’s stalled business district, Moskva-City.
“The Okhta Centre will become St. Petersburg’s modern business area and a new symbol of the city”, the tower’s chief architect, Philip Nikandrov, told The Moscow News. “Now there are 28 industrial structures in the city that are up to 310 metres and they do not have any historical value – so the city needs a dominant feature higher than them.”
In a rare sign of differing viewpoints from Russia’s ruling tandem, Prime Minister Vladimir Putin has consistently supported the tower, saying it will help revive the city’s economy during the crisis.
“Since the main office of Gazprom-Neft is moving in, it will bring annually around 20 billion roubles ($631 million) in taxes to the city budget and some 60 billion roubles ($1.9 billion) will be invested by the company in the construction directly,” said Nikandrov.
Cultural projects
The project – dubbed by some “Gazprom City” – has received the backing of St. Petersburg Governor Valentina Matviyenko and will include offices, hotels, shops, a concert hall, an art museum, libraries, a skating rink and a park.
Critics say the tower contrasts with the surrounding Tsarist-era buildings and both the St. Petersburg Union of Architects and the International Union of Architects have gone against their peer.
“The maximum permitted height of buildings in the area is 48 metres, so the tower will completely ruin the panoramic view of the city and will dwarf  Rastrelli’s Smolny Monastery, which is right on the opposite embankment,” said Oleg Romanov, vice president of the local organisation.
“St. Petersburg has its own character and has gained an historical value because there were high standards of architecture in Tsarist times. We are not going to resemble London or New York.”
Opposition protests
Medvedev has now come in line with opposition parties, such as the Communists, Vladimir Zhirinovsky’s ultranationalist Liberal Democratic Party, Just Russia and Yabloko, who had already taken a firm stand against the tower.
The liberal Yabloko have already launched a lawsuit against City Hall for overlooking the law on city standards and their refusal to hold a referendum on the issue.
“[The government] tends to ignore citizens’ and professionals’ opinions and, moreover, ignores the law prohibiting any building in the area to be higher than 40 metres,” said Maxim Reznik, the head of the city’s Yabloko branch. “It goes without saying that the tower will spoil the ancient architecture of the city and the panoramic view. By promoting the project people just want to earn money on construction.”
Opponents decried
Okhta’s defenders reject their opponents’ allegations, claiming the project is legitimate – having undergone public hearings in September 2009. The tower is to be built in an industrial area 5 kilometres from the city centre.
“The project will be constructed to fully balance with the city’s skyline and isn’t at odds with any historical place,” said Nikandrov. “For a person standing in the city centre on Vasilievsky Island, the tower will seem lower than the Peter and Paul Fortress.”
He added that opponents of the project use it as an opportunity to promote themselves and often use unprofessional or false plans and doctored photographs to create a misconception of the project.
Plus for tourism?
The city’s tourism industry has also plumped in favour of the skyscraper, pointing out that London has suffered little backlash after modern architecture changed its historical cityscape.
“I have not heard of representatives of the tourist industry being concerned about the construction of the Okhta Centre,” Sergei Korneyev, vice president of the Russian Tourist Industry Union, commented on the Okhta Centre’s web site. “In London – which last year became the world’s leading tourist destination – they are absolutely happy about the fact that there are several modern skyscrapers, including famous buildings by Norman Foster, around the old city.”
The Okhta tower will give tourists a new vantage point to view the city, with the highest viewing platform currently only 42 metres high in St. Isaac’s Cathedral.
The plans are currently undergoing state verification and construction is slated to start next year. If the project goes ahead it will take four years to build and create employment opportunities but its opponents are confident the high-profile support of President Medvedev will deliver a knock-out blow to the tower.
“I do not think the giant will be finally built,” said Reznik, of Yabloko. Recently more and more top officials and ministers, and outstanding art people have criticised the project.”

Gazprom, the opera
Russian activist group Chto Delat (‘What is to be done?’) have sung out against Gazprom’s Okhta tower, producing a Soviet-style musical film called ‘The Tower: A Songspiel’. The performance is set in Gazprom’s boardroom.
On one side there is the PR manager who promotes the project, a local politician, the company’s security chief, a priest, a gallery owner who is set to become the director of the corporation’s contemporary art museum and a fashionable artist.
Pitted against them is a microcosm of Russia’s voiceless minority. The intelligentsia, workers, pensioners and the homeless among others strain their vocal chords to shout down the tower.
張貼者： hanching chung 於 上午5:58 沒有留言:

Bitcoins are invisible money, but creating them commands a surprisingly hefty real-world infrastructure.

Into the Bitcoin Mines
dealbook.nytimes.com
In a bunker in Iceland, powerful computers are whirring 24 hours a day — and extracting an invisible currency.

Museums used to stand for something old, dusty, boring and barely relevant to real life. Those kinds of places still exist, but there are far fewer of them, and the more successful ones have changed out of all recognition. The range they cover has broadened spectacularly and now goes well beyond traditional subjects such as art and artefacts, science and history http://econ.st/18RSYja