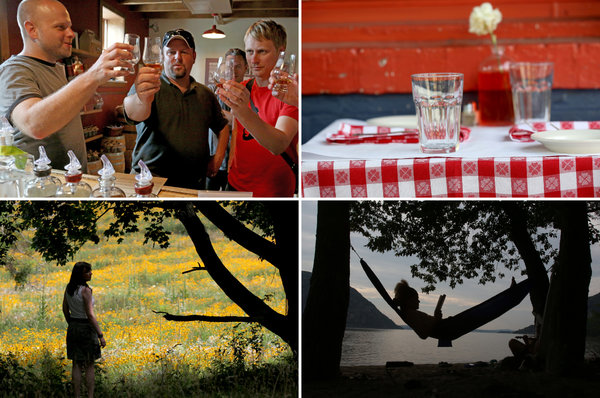 Suzanne DeChillo/The New York Times
Clockwise from top left: a toast at the Tuthilltown Distillery, a restaurant table in Cold Spring, relaxing by the Hudson River and a visitor on the grounds of the Olana State Historic Site. More Photos »

The Hudson Valley is vast and varied. With hundreds of miles of sandstone and granite cliffs, cattail-lined riverbanks, former factory towns, orchards, farmland and forests, the scale of its geography and the scope of its history are daunting. To spend a weekend dropping into its musty bookstores and sizable art institutions or idling between hilltop castles, divey small-town bars and doily B&Bs is like skipping a stone into a river: you bounce along, but barely break the surface. From New York City, it’s a one-hour train trip to Peekskill, at the doorstep of the mid-Hudson Valley, but the region can be fully explored only on the kind of road trip that skirts one side of the river and winds down the other, hopscotching between historic estates and detouring for farm stands, roadside diners and seductive swimming holes.

Action Off the Mountains in Salt Lake City

Action Off the Mountains in Salt Lake City 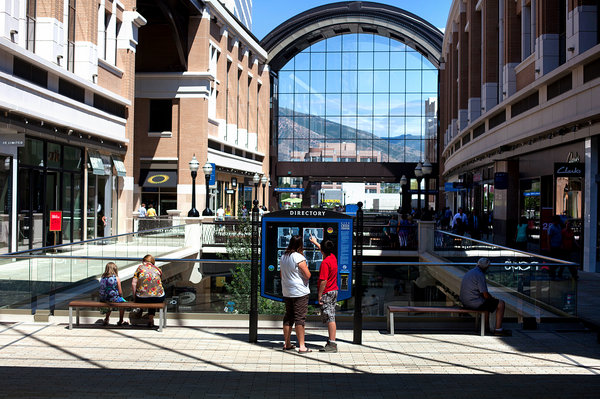 As an occasional Utah visitor, I’ve viewed downtown Salt Lake City like many other travelers who find themselves in the area: as a place to gas up the rental car as I race to the airport after a ski vacation in Park City or Alta. The word “interesting” rarely found itself in the same company with “downtown Salt Lake.” Its urban core was nearly vacant after dark, with few residents and even fewer restaurants and attractions. The double-length blocks and yawning streets hardly welcomed tourists or residents, either — the streets platted so wide, history tells, so pioneers could easily turn around their four-ox teams. 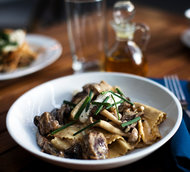 A dish at the Copper Onion. The restaurant is part of the recent explosion of places to eat downtown.
Enlarge This Image 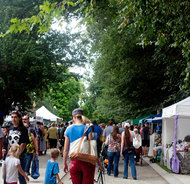 不少家養貓狗. 貓特多包括公園市府的街貓收養地....
休息時間訪有32代歷史之酒莊   家的葡萄樹在"剪定"
Florence is the most important city in Tuscany, one of the great wine-growing regions in the world. The Chianti region is just south of the city, and its Sangiovese grapes figure prominently not only in its Chianti Classico wines but also in many of the more recently developed Supertuscan blends.

listen), alternative obsolete form: Fiorenza; Latin: Florentia) is the capital city of the Italian region of Tuscany and of the province of Florence.

City geography visible on aerial view
Florence lies in a basin among the Senese Clavey Hills, particularly the hills of Careggi, Fiesole, Settignano, Arcetri, Poggio Imperiale and Bellosguardo (Florence). The Arno river and three other minor rivers flow through it.

Meissen hard porcelain vase, circa 1730. Indianische Blume ("Flowers of the Indies") in imitation of the Kakiemon style of Arita porcelain, Japan. Musée des Arts Décoratifs, Paris.
Meissen porcelain or Meissen china is the first European hard-paste porcelain that was developed from 1708 by Ehrenfried Walther von Tschirnhaus. After his death that October, Johann Friedrich Böttger, continued his work and brought porcelain to the market. The production of porcelain at Meissen, near Dresden, started in 1710 and attracted artists and artisans to establish one of the most famous porcelain manufacturers, still in business today as Staatliche Porzellan-Manufaktur Meissen GmbH. Its signature logo, the crossed swords, was introduced in 1720 to protect its production; the mark of the crossed swords is one of the oldest trademarks in existence. It dominated the style of European porcelain until 1756.[1]

From Wikipedia, the free encyclopedia
Jump to: navigation, search listen)) is a large public square and transport hub in the central Mitte district of Berlin, near the Fernsehturm. Berliners often call it simply Alex, referring to a larger neighbourhood stretching from Mollstraße in the northeast to Spandauer Straße and the City Hall in the southwest.

Originally a cattle market outside the city fortifications, it was named in honor of a visit of the Russian Emperor Alexander I to Berlin on 25 October 1805 by order of King Frederick William III of Prussia. The square gained a prominent role in the late 19th century with the construction of the Stadtbahn station of the same name and a nearby market hall, followed by the opening of a department store of Hermann Tietz in 1904, becoming a major commercial centre. The U-Bahn station of the present-day U2 line opened on 1 July 1913.
Its heyday was in the 1920s, when together with Potsdamer Platz it was at the heart of Berlin's nightlife, inspiring the 1929 novel Berlin Alexanderplatz (see 1920s Berlin) and the two films based thereon, Piel Jutzi's 1931 film and Rainer Werner Fassbinder's 15½ hour second adaptation, released in 1980. About 1920 the city's authorities started a rearrangement of the increasing traffic flows laying out a roundabout, accompanied by two buildings along the Stadtbahn viaduct, Alexanderhaus and Berolinahaus finished in 1932 according to plans designed by Peter Behrens.

The Fernsehturm Berlin seen from a distance
Alexanderplatz has been subject to redevelopment several times in its history, most recently during the 1960s, when it was turned into a pedestrian zone and enlarged as part of the German Democratic Republic's redevelopment of the city centre. It is surrounded by several notable structures including the Fernsehturm (TV Tower), the second tallest structure in Europe.
Alex also accommodates the Park Inn Berlin and the World Time Clock, a continually rotating installation that shows the time throughout the globe, and Hermann Henselmann's Haus des Lehrers. During the Peaceful Revolution of 1989, the Alexanderplatz demonstration on 4 November was the largest demonstration in the history of East Germany.

Since German reunification, Alexanderplatz has undergone a gradual process of change with many of the surrounding buildings being renovated. Despite the reconstruction of the tram line crossing, it has retained its socialist character, including the much-graffitied "Fountain of Friendship between Peoples" (Brunnen der Völkerfreundschaft), a popular venue.

In 1993 plans for a major redevelopment including the construction of several skyscrapers were published, but due to a lack of demand it is unlikely these will be constructed. However, beginning with the reconstruction of the Kaufhof department store in 2004, and the biggest underground railway station of Berlin, some buildings will be redesigned and new structures built on the square's south-eastern side. The Alexa shopping mall, with approximately 180 stores opened nearby during 2007 and a large Saturn electronic store was built and is open on Alexanderplatz since 2008.
Many historic buildings are located in the vicinity of Alexanderplatz. The traditional seat of city government, the Rotes Rathaus, or Red City Hall, is located nearby, as was the former East German parliament building, the Palast der Republik, demolition of which began in February 2006 and has been completed. The reconstruction of the Baroque Stadtschloss near Alexanderplatz has been in planning for several years.[1]
Alexanderplatz is also the name of the S-Bahn and U-Bahn stations there.

Future Development
Future plans include the demolition of the 410 ft. high former Hotel Stadt Berlin (today: Hotel Park-Inn), as well as the construction of three tower buildings. As the hotel was refurbished in 2005 and was remodeled with a new facade and has a very good occupancy rate, it is not decided if and when the plans will be implemented.
The deadline (2013) set by the state of Berlin and the investors for the completion of the 492 ft. high towers, seems to have been given up. The state of Berlin announced it wouldn’t follow through with the corresponding urban development contracts. Ten out of thirteen originally planned buildings remained after modifications. For eight of them a building lease already exists. Since 2007, the investors of the shopping center Alexa have announced several times their willingness to sell their property to another investor supervising the construction of the tower. Unfortunately, no other investor has been found so far. Hines, investor of die mitte, has developed further construction plans. Since 2009, the new construction of a 492 ft. high tower right behind the mall has been announced. On September 12, 2011 a slightly changed zoning map was presented providing an apartment tower with 400 apartments. Whether this plan will be executed or not and when this might happen is still not decided.


The World clock and Park Inn
The 37-floor high-rise is in the northeast of Alexanderplatz in the central Mitte district and has a height of 125 meters (410 feet).
注意Park Inn 上頭的吊車它是用來將人從屋頂吊滑下用--兩旁有導軌 An engraving by Claes Visscher showing Old London Bridge in 1616, with what is now Southwark Cathedral in the foreground. The spiked heads of executed criminals can be seen above the Southwark gatehouse.

There is considerable variation in the lyrics of the rhyme. The most frequently used first verse is:


"London Bridge Is Falling Down" (also known as "My Fair Lady" or simply "London Bridge") is a traditional nursery rhyme and singing game, which is found in different versions all over the world. It deals with the depredations of London Bridge and attempts, realistic or fanciful, to repair it. It may date back to bridge rhymes and games of the late Middle Ages, but the earliest records of the rhyme in English are from the seventeenth century. The lyrics were first printed in close to its modern form in the mid-eighteenth century and became popular, particularly in Britain and the United States in the nineteenth century. The modern melody was first recorded in the late nineteenth century and the game resembles arch games of the Middle Ages, but seems to have taken its modern form in the late nineteenth century. It has a Roud Folk Song Index number of 502. Several theories have been advanced to explain the meaning of the rhyme and the identity of the "fair lady" of the refrain. The rhyme is one of the most well known in the world and has been referenced in a variety of work of literature and popular culture. A prospect of Old London Bridge in 1710